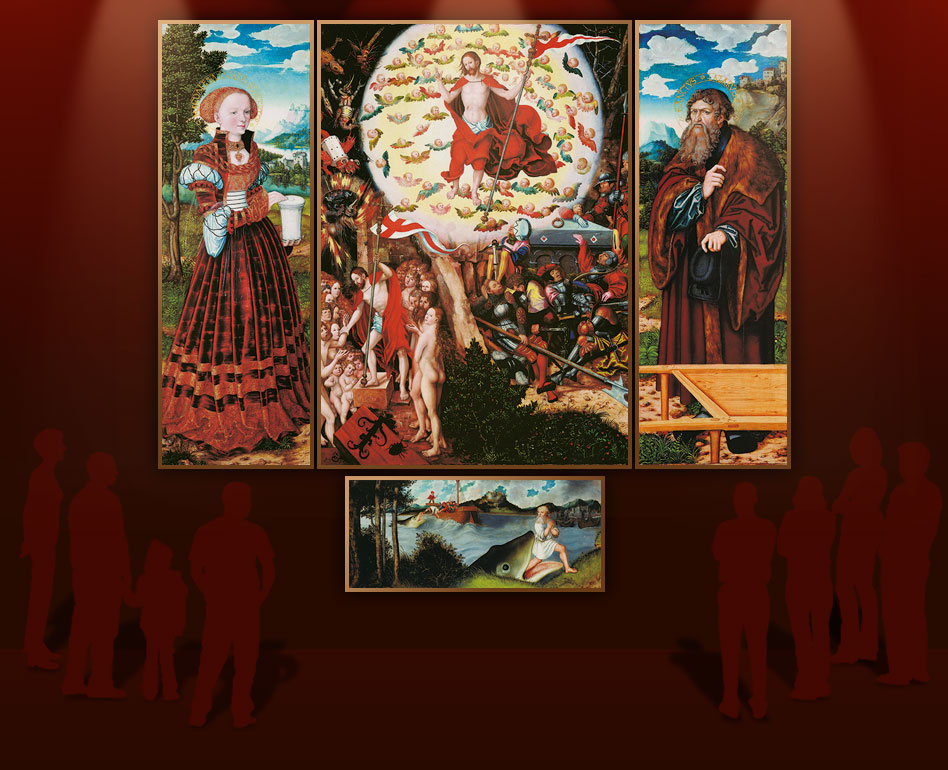 These are the Festive Panels. Go to Weekday Panels. 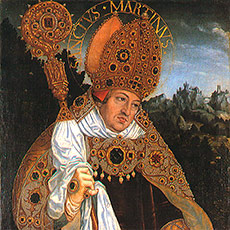 In 1541 during the Reformation, the educated and pomp loving Cardinal Albrecht of Brandenburg was forced to leave his residence in Halle (Saale) and resettled in Aschaffenburg bringing with him wagonloads of goods. The Altar of Saint Magdalene, along with other magnificent artefacts brought to Aschaffenburg, was intended to furnish the “New Collegiate Chruch” in Halle, which Albrecht had originally chosen to be his own burial place.

Since Albrecht’s relocation the panels have been displayed at the Stiftskirche St Peter and Alexander in Aschaffenburg. The altar was made by the famous artist Lucas Cranach and his workshop circa 1525. Its life-size outer panel paintings depict saints while the spectacular central panel shows the Resurrection of Christ. The “Altar of Saint Magdalene” is an immense altarpiece, which reflects the image of man during the transformation period of the Middle Ages to the Renaissance.

For the first time in many centuries, after been dispersed in separate locations, the altar’s surviving panels have again been reunited at the Stiftskirche in Aschaffenburg.