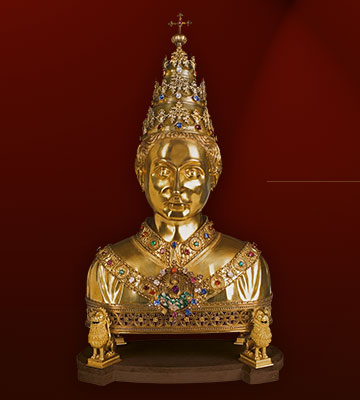 The purpose of this extremely precious, near life-size silver bust of Pope Alexander is to house and present the main relic of the Stiftskirche – a fragment from the skull of Pope Saint Alexander.

During the Middle Ages immense effort was put into promoting the memory of the saints as people who followed Christ. For believers at the time the preciousness of the artwork was seen as an “effigy” of heaven.