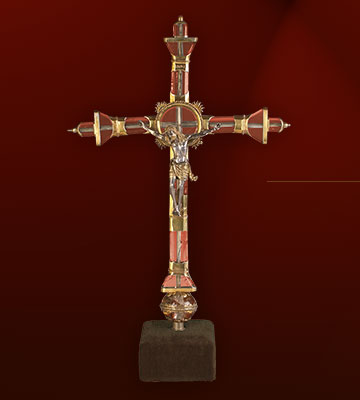 It is believed the precious “Chapter Cross” was carried by the provost of the Stiftskirche during his ceremonial entry to the church. The silver cross contains rock crystal, which was mainly processed in Venice during the Middle Ages.