Otto I, Duke of Bavaria and Swabia 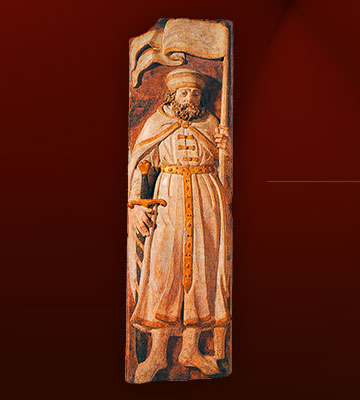 Hans Jucker is considered one of the greatest German Baroque sculptors. He was commissioned to renew the cover slab of the sarcophagus of Otto I, Duke of Bavaria and Swabia, which bears the duke’s portrait.

He is depicted with his insignia, showing his rank and power: ducal hat, banner and ducal sword. His dress is an early 17th century conception of the type of outfit a knight may have worn 650 years earlier.