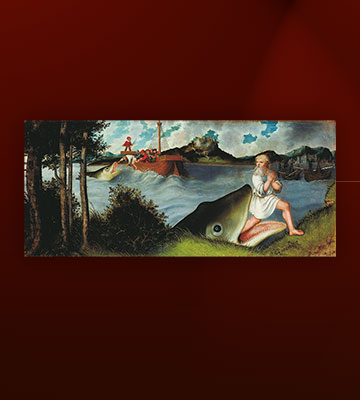 The predella painting also refers to the overall subject of the Resurrection and was originally positioned on top of the altar.

During the Middle Ages the story of Jonas from the Old Testament, which tells how he survived being swallowed by a whale in a three day ordeal, was seen as a an allegory and prediction of Christ’s resurrection. On Easter Monday, three days after Christ’s death his grave was found empty.

Go back to overviewCycle through Panels: previous Panel, next Panel